(Click here for the official advertisement. Deadline for application Feb 28. 2023 )


This project is supported by the EPSRC DTP awarded to Cambridge Department of Engineering.

A wind turbine converts the kinetic energy of incident wind to electricity, and thus by design causes a wake with a deficit of energy (see Figure 1). Any turbines operating in the wake thus underperform severely, causing the windfarm to generate between 30-60% of installed capacity. Naturally, mechanisms for redirecting wakes are sought but no effective candidates are known.

In this project, we pursue a systematic approach to understand the possibility and nature of the control the windfarm has on the collective wake of turbines.

The method of investigation include a combination of theoretical modelling and experiments. Experiments develop a scaled windfarm in the the Markham Wind Tunnel (see Figure 2). Theoretical methods are based on fluid dynamical abstractions of the whole windfarm.

The expected outcomes are:

– theoretical identification of the agency that provides collective wake control,

– concrete predictions for performance of full-scale wind farms based on scaling up the results from this project,

– potentially, formulation of a commercialization plan and identification of industry partner. 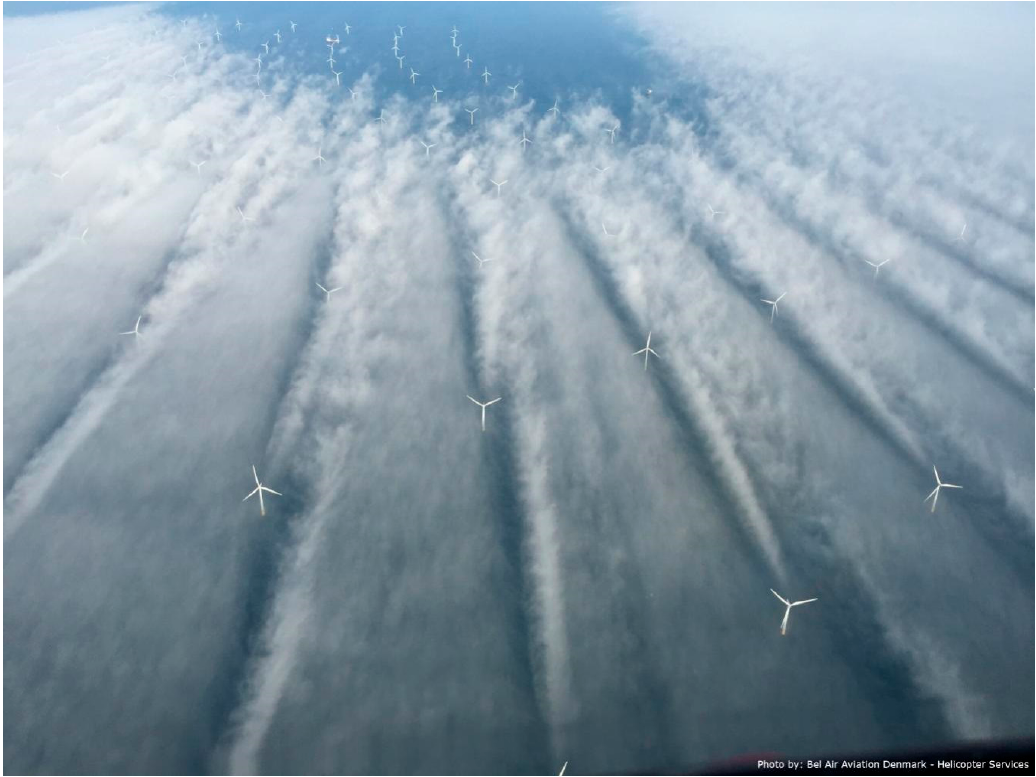 Figure 1: Wake of wind turbines in the Horns Rev windfarm visualized due to natural weather phenomenon of condensation. The wake of upstream turbines is seen to be incident on downstream ones. (Credit: Bel Air Aviation Denmark - Helicopter Service as published in Hasager et al, Energies 2017, 10, 317; doi:10.3390/en10030317)

Figure 2: Inside of the Markham Wind Tunnel, one of the national wind tunnel facilities hosted by the University of Cambridge.